NEWARK, Calif. — Jan. 22, 2014 and LAUSANNE, Switzerland, Jan. 23, 2014 — Logitech International (SIX: LOGN)(Nasdaq: LOGI) today announced financial results for the third quarter of Fiscal Year 2014, with better-than-expected total sales of $628 million, up 2 percent compared to the third quarter of the prior year. Q3 GAAP operating income was $53 million, with GAAP earnings per share (EPS) of $0.30 compared to a loss a year ago. Q3 non-GAAP operating income was $67 million, with non-GAAP EPS of $0.35, up 84 percent year over year. Cash flow from operations for Q3 was $94 million.

Retail sales for Q3 were up 4 percent year over year. Combined, Logitech’s retail growth categories delivered 62 percent growth compared to the prior year.

“We’re pleased by our solid Q3 performance, with both sales and profit growth,” said Bracken P. Darrell, Logitech president and chief executive officer. “We’re encouraged by the robust sales in our growth categories, as well as the success of our ongoing initiatives to improve profitability, which includes the earlier-than-expected return to profitability of LifeSize. We still have more work ahead, but our turnaround is on track as we continue to build a faster and more profitable Logitech.”

Logitech has made its prepared written remarks for the financial results teleconference available online on the Logitech corporate Web site at http://ir.logitech.com, in the Calendar section.

Logitech will hold a financial results teleconference to discuss the results for Q3 FY 2014 on Thurs., Jan. 23, 2014 at 8:30 a.m. Eastern Standard Time and 14:30 Central European Time. A live webcast of the call will be available on the Logitech corporate website at http://ir.logitech.com.

Logitech also will hold its Analyst and Investor Day on Thurs., March 6, 2014 in New York City.

Use of Non-GAAP Financial Information

To facilitate comparisons to Logitech’s historical results, Logitech has included non-GAAP adjusted measures, which exclude share-based compensation expense, amortization of other intangible assets, restructuring charges (credits), other restructuring-related charges, investment impairment (recovery) and other items detailed under “Supplemental Financial Information” after the tables below. Logitech believes this information will help investors to evaluate its current period performance and trends in its business.

This press release contains forward-looking statements within the meaning of the federal securities laws, including, without limitation, statements regarding: the Company’s turnaround, growth categories, sales, profit growth and profitability, as well as Fiscal Year 2014 revenue and operating income. The forward-looking statements in this release involve risks and uncertainties that could cause Logitech’s actual results and events to differ materially from those anticipated in these forward-looking statements, including, without limitation: if our product offerings, marketing activities and investment prioritization decisions do not result in the sales, profitability or profitability growth we expect, or when we expect it; the demand of our customers and our consumers for our products and our ability to accurately forecast it; if we fail to innovate and develop new products in a timely and cost-effective manner for our new and existing product categories; if we do not successfully execute on our growth opportunities in our new product categories and sales in emerging market geographies; if sales of PC peripherals in mature markets are less than we expect; the effect of pricing, product, marketing and other initiatives by our competitors, and our reaction to them, on our sales, gross margins and profitability; if our products and marketing strategies fail to separate our products from competitors’ products; if there is a deterioration of business and economic conditions in one or more of our sales regions or operating segments, or significant fluctuations in exchange rates. A detailed discussion of these and other risks and uncertainties that could cause actual results and events to differ materially from such forward-looking statements is included in Logitech’s periodic filings with the Securities and Exchange Commission, including our Quarterly Report on Form 10-Q for the fiscal quarter ended September 30, 2013 and our Amended Annual Report on Form 10-K/A for the fiscal year ended March 31, 2013, available at www.sec.gov, under the caption Risk Factors and elsewhere. Logitech does not undertake any obligation to update any forward-looking statements to reflect new information or events or circumstances occurring after the date of this press release. 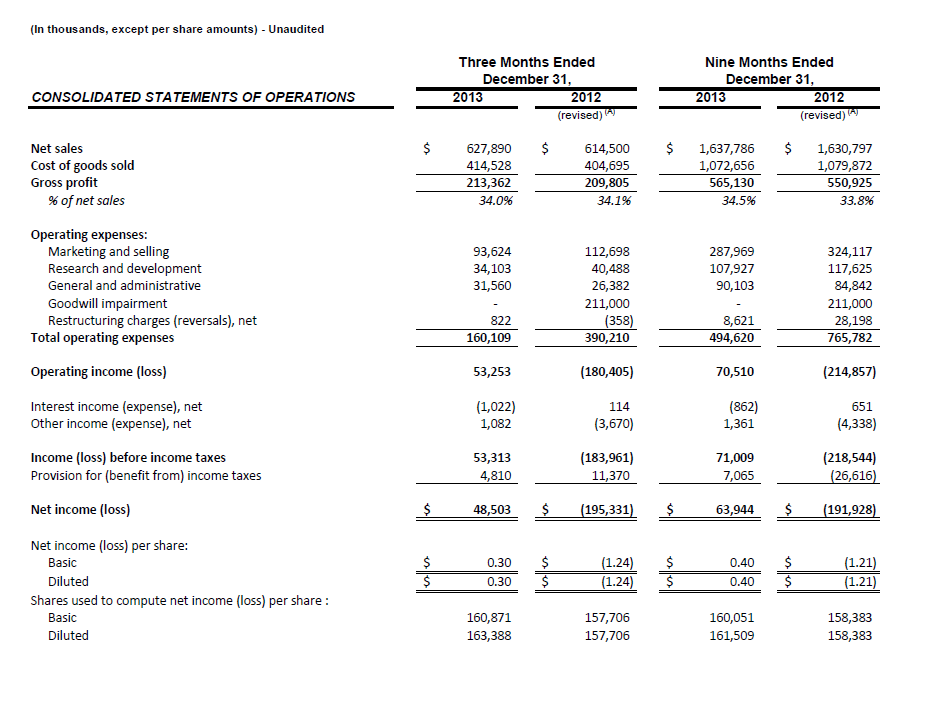 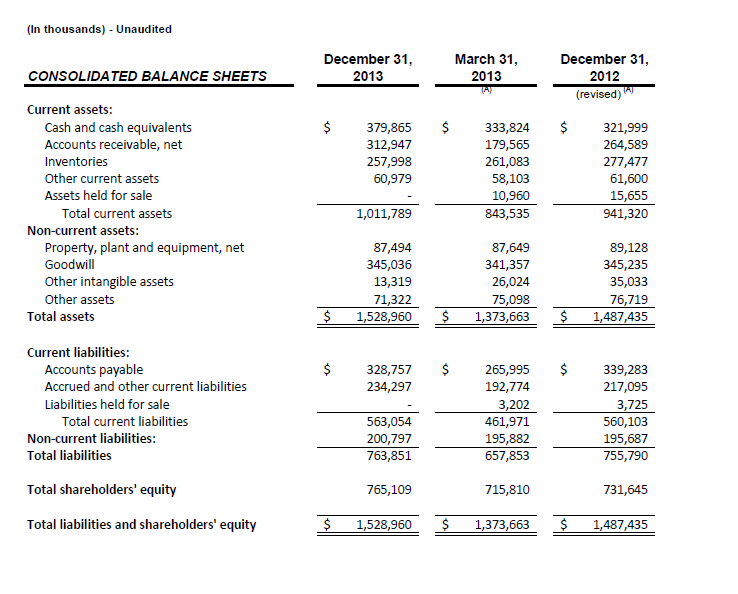 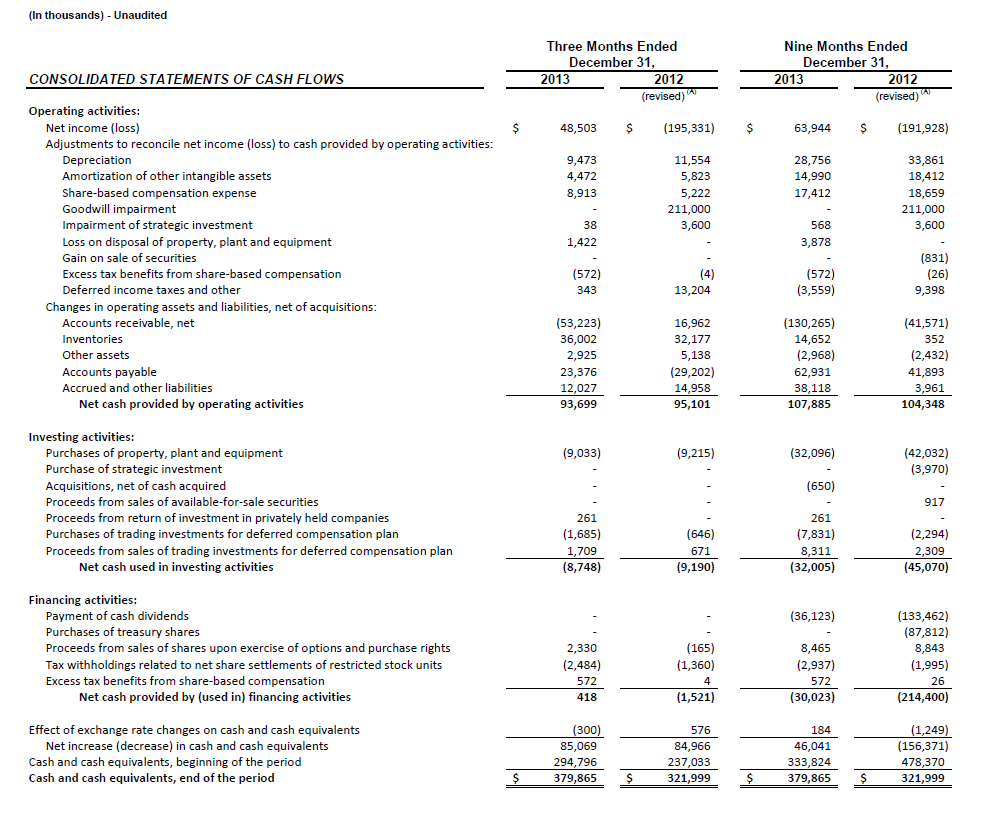 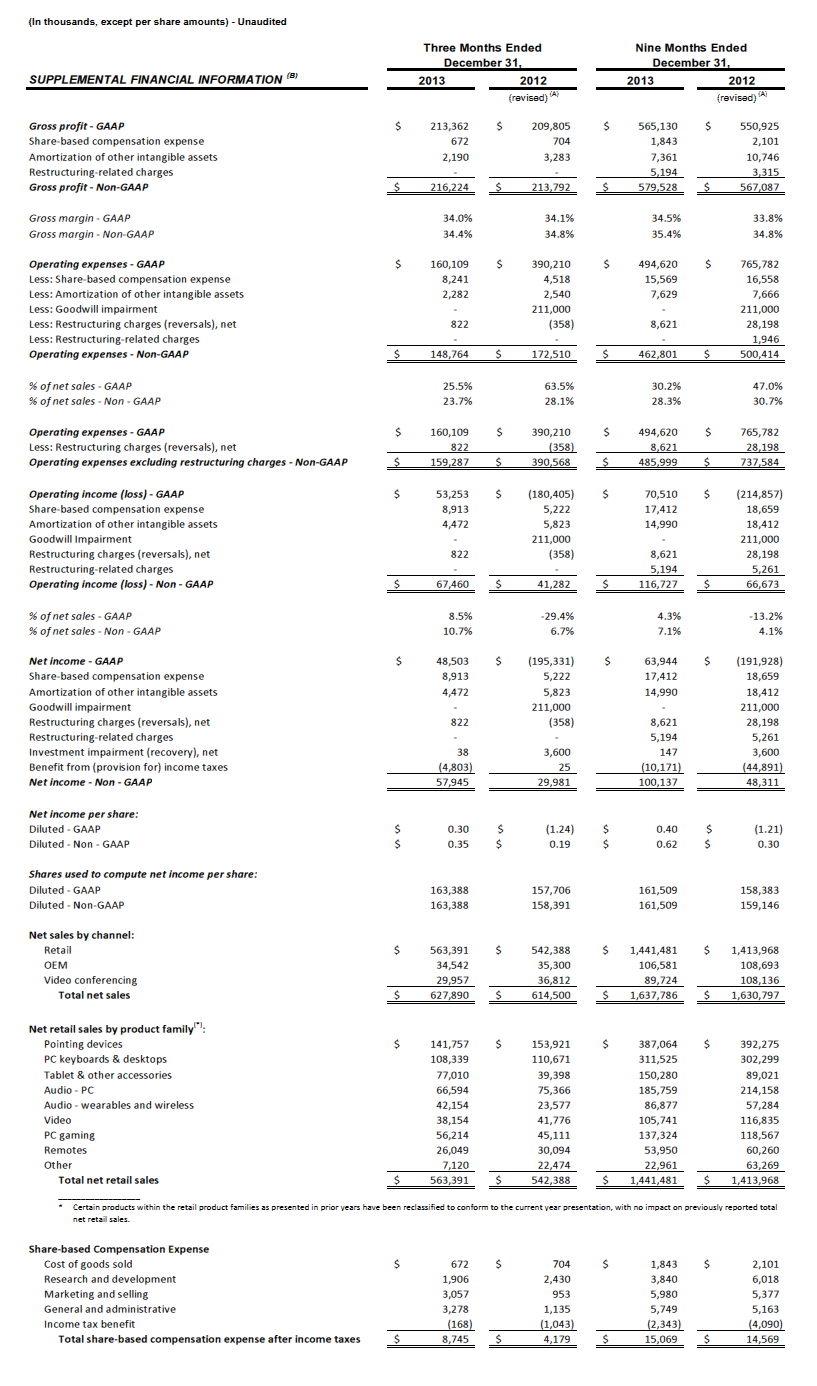 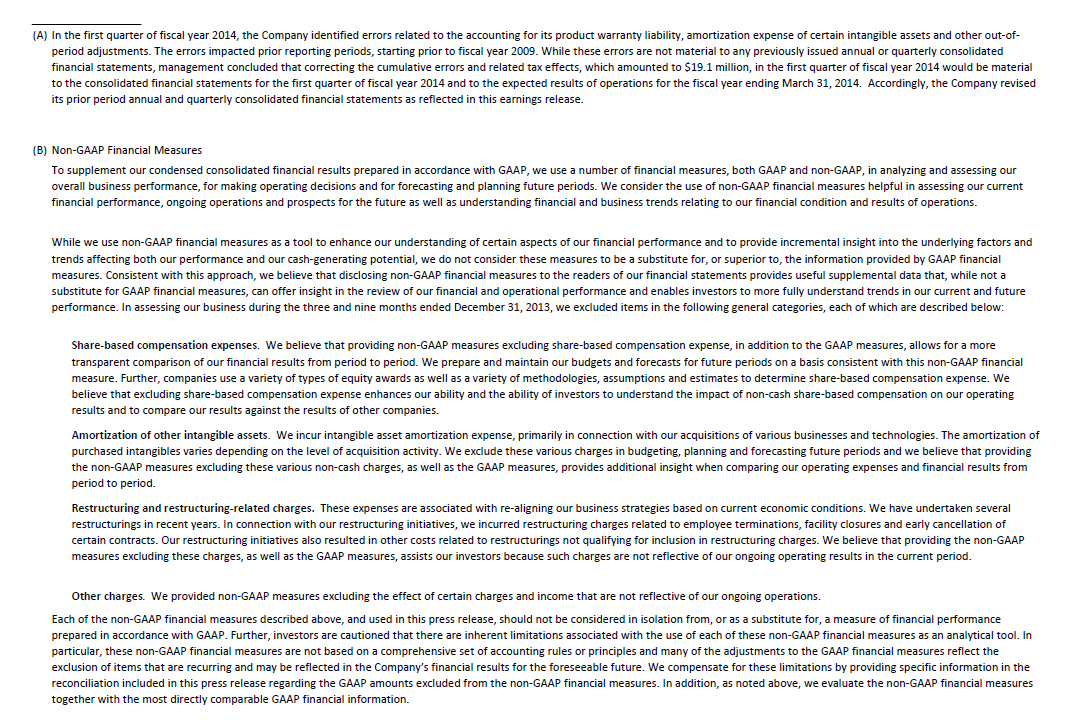